"The Directory of African American Architects is maintained as a public service to promote an awareness of who African American architects are and where they are located. The sole qualification for listing is licensure in one of the fifty US jurisdictions and their territories."

This an interim site - a snapshot of the original DAAA - secured and updated for useful consumption. Some of the previous portions (history and news) are being permanently relocated to https://NOMA.net. Other sections including the educator and landscape architects sections are being reinvented (see "Future" below).

There are still a few bits and pieces to be filled in here and the data portion will be updated once or twice a month. We might even do an F.A.Q.

Look for the ability to register again by the end of September though that process will be fluid as we make adjustments in preparation for the future.

The directory itself came together under the stewardship of Dennis A. Mann and Bradford C. Grant. They published print versions and then a web version. Their concerted endeavor garnered wide-spread recognition and even received an award from the American Institute of Architects for "Collaborative Achievement".

Until this year the University of Cincinnati was the proud and primary host of the directory. The baton has been passed to the National Organization of Minority Architects.

Dennis and Brad, the duo that made the print and web versions of the directory a reality.

Education has been a hallmark of both of the directory's founders and their vibrant support for NOMA has made the transition a logical and welcome one. They remain involved with the directories evolution. 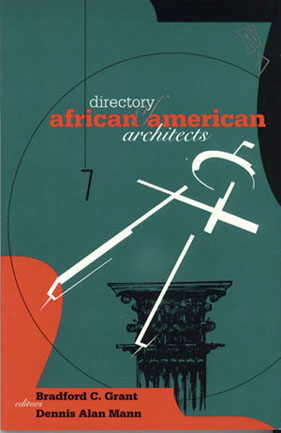 The cover of the print edition, back before the popularity of this thing called the internet

Not only is NOMA hosting and maintaining the original directory but it is also in the middle of plans for a broader, more detailed effort to create a data-rich resource for the entire industry. Look for more information around October with an expected launch in Q1 2021.